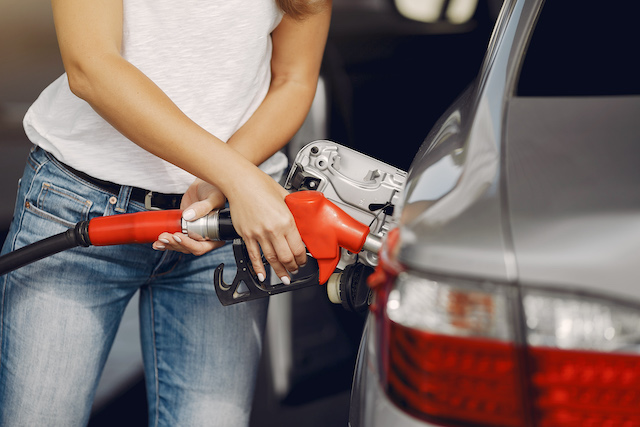 It has been a while since our last romp into our car news roundup. Last month, we covered a gradual-yet-exciting decline in used car prices and out-of-state purchases. But the times have changed and the raging heat of the summer has hit its peak (hopefully). Here is our used car news in July!

We will keep beating the same drum, in a sense, which can be considered both positive and negative. Prices are still declining, despite avoiding a rate at which buyers will be more excited. It’s intermittent but it’s coming. While we would love to be able to tell you that the market has hit an all-time low, change will not be as rapid.

Have no fear. Things are still looking up for the used car market, and prices are looking down. July saw some positive used car news. Let’s get into it.

Now it’s time for our monthly soiree into stating that the used car market is on the decline. Then, we all rejoice before realizing the numbers are significantly insignificant. It’s that time of the month again!

Overall, the supply of used cars has reached a new peak. A recent study by Cox Automotive noted that the overall supply of used vehicles at both franchised and independent dealers across the country stood at 2.46 million units at the end of June. For reference, the supply is around 5% more than it was this time last year.

In theory, the more supply, the less prices should be. Henceforth, used car prices should be dropping drastically. Unfortunately, this is not the case. The average price for a used vehicle is dipping, but not as significantly as potential buyers would like. According to the same Cox Automotive study, the average price for a used vehicle in June was $28,012, compared to $28,312 at the end of May. When dealing with numbers reaching five digits, a $300 difference is not enough to sway the average shopper.

Though prices remain at a steady rate, they are still significantly higher than in previous years. Be prepared for the prices to become the new norm.

Chris Frey, senior Industry Insights manager at Cox Automotive, stated “We continue to experience elevated prices in the used-vehicle market, and this looks to be the norm for some time. But the year-over-year gains are set to come down, maybe even turning negative from time to time.”

Despite an ever-increasing supply of used vehicles, new vehicles continue to see an unprecedented shortage. We are looking at one of the strangest car markets of all time. According to Cox, the average listing price for a new vehicle in June rose 11.5% from a year ago. These prices have hit a record of $45,976.

Basically, dealerships have a low supply of new vehicles and are unable to cut deals. To remain profitable, dealerships have to ask for above-market prices. Meanwhile, they have an abundance of used vehicles at high cost. Buyers aren’t willing to bite either bullet, leaving the market at a stand-still.

Someone has to budge eventually. But with the shift towards fuel-efficient vehicles, normal cars are sitting on lots, unable to be sold at lower prices due to a decrease in production.

Once again, it’s a strange world we are living in.

When prices begin to reach a nauseating high, scammers begin to salivate. What’s more enticing to a customer than a vehicle at drastically low prices?

In this market? Not much.

The Better Business Bureau (BBB) recently released a report that outlined the eye-brow-raising increase in car scams this year. Henceforth, the increase in prices and online buying prevalence has created a perfect storm for those that deal in the art of thievery. With the new trend of auto sales platforms like Vroom and Carvana, scammers were going to pop up eventually.

The majority of scams go as follows: A user will post an unbelievable deal on Craigslist, Facebook Marketplace, or a similar selling website. When the unreluctant customer contacts the listing, the scammer asks to transport the car to the customer via a transport company. This believability exists because car dealerships have been following in the transportation footsteps since the pandemic.

Finally, the scammer asks the consumer to transfer the money for the vehicle transportation. Surprisingly, the car never arrives. Surprisingly to the gullible client, I must add.

How to Combat This?

Consider me cynical, but I can’t believe I have to say this. Who knew our July used car news would involve fraud battles!

Don’t send money to any private dealer unless it’s an established company like Vroom or Carvana. It’s that simple. We’ve consistently noted the crazy norm that has engulfed the used car market. Take any seemingly incredible deal with a grain of salt. Not even a grain. Something smaller than a grain.

Never purchase a car from a private dealer without seeing it in person first.

For example, Sell My Car Colorado is a car buying website. While we do quotes and transactions over the phone, we will never sell you a vehicle without you seeing it and inspecting it in person. Overall, the ticket prices of vehicles are way too high to play around with. Don’t take chances on unbelievable deals.

Good News: Gas Prices Are Down

Still get goosebumps when you pull into a gas station? We do, too.

It seems utterly insane that we have to say this with a positive notion, but here we are. Gas prices are finally down to the $4 mark (in some areas, at least).

According to the Oil Price Information Service (OPIS), around one in five gas stations are charging under $4 for a gallon of regular gas. This statistic equals around 24,000 stations in the country. This is elating news compared to the jaw-dropping peak of $5.032 average in June.

Unfortunately for us Coloradans, the majority of these price decreases are taking place in the southeast, with some scattered states like Texas and Oklahoma.

Do not pull out the celebratory fireworks just yet, despite them being leftover from July 4th. Tom Kloza, global head of energy analysis for OPIS, claimed that this price decrease is “more of an intermission.”

Despite President Joe Biden’s visit to Saudi Arabia, no public promises for an increase in oil production have been made. Therefore, the future of gas prices is still uncertain.

So, stock up while you can!