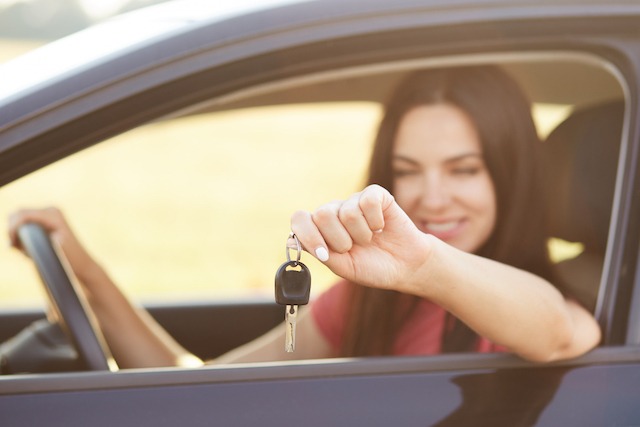 And we’re back with your used car news for June.

Last month’s used car news ended on a fairly negative note. In fact, it seems as if every month ends with another step in the downward spiral that is the used car market. As we’ve stated until our faces were blue, the car market has been all over the map since 2020 (wonder why).

Ultimately, supply chains and a surge in market value are not going to change in a single month, but it’s possible to see positive trends.

Is the used car market finally settling? Should you buy a used car in another state? Can we finally stop panicking about gas prices?

Let’s get into it.

Trade-In Values Are Rising for These Cars

Let’s start with some good news. Or are we supposed to start with the bad news? How does that actually work?

With a plummeting stock market and unforeseeable inflation, it can be hard to imagine any financial statistic heading upward. Believe it or not, there are a plethora of used cars appreciating as we speak.

A recent study by Cars.com found that used vehicles from 2018 to 2021 have seen a dramatic uptick in trade-in value. One-third of dealers are paying over 20% more than they did two years ago. Why? Finding quality cars, whether new or used, is becoming more difficult for dealerships.

Simply put: if dealerships cannot find new cars due to the ever-frustrating supply chain crisis, they can look for used cars in excellent condition. This backward supply and demand allow sellers to ask for more. A seller’s market, if you will.

Which Vehicles Have Higher Trade-In Values?

While trade-in values are increasing due to demand, it doesn’t mean that all newer vehicles have seen a price hike. Furthermore, with gas prices hitting all-time highs, economic-based vehicles are going higher. The Tesla Model 3 and Toyota RAV4 Prime have a 12% trade-in value increase from March to April. The Tesla Model Y also saw a 9% increase in the month.

It’s not only electric vehicles, though. Kia Optimas went up 12% and Toyota Corollas went up 9%. Overall, 20% of sellers found that they received over $3,000 more than what they believed their cars to be worth. This study was centered around March and April, so values are likely to have climbed since then.

Unfortunately, this means a continuation of woes for car buyers. Though sellers may find themselves making a pretty penny, outright purchasers are tossed into the weeds once again.

We are about to contradict ourselves, but that’s the nature of the market. One day you’re sitting on a peak, and the next you may find yourself in a valley. That’s the way the used market cookie crumbles.

While the trade-in value of newer used vehicles seems like positive used car news in June, it’s going to create a tidal shift. Sellers will begin to make less on newer cars while buyers will get better deals. The supply is rising with the influx of newer used cars due to high trade-in values. On the other hand, the car purchasing market continues to stay static. More inventory with fewer buyers equals lower prices.

A recent monthly report by CoPilot, a leading car shopping app, has predicted a downward slope in the used car market. While the Price Premium for 1-3-year-old vehicles reached an all-time high of $11,765 this year, the demand is decreasing drastically. The average time these vehicles spend on dealership lots has increased by 47% since 2021.

Playing hard can only last so long. Eventually, the dealerships are going to have to budge on prices, or they will find themselves with a lot full of unwanted price ranges.

“While the current market remains one of the most challenging in history for consumers, our Index shows that, in particular, 1-3-year-old and 4-7-year-old vehicles are starting the long road back to normal,” CEO and Founder of CoPilot, Pat Ryan, stated. “Consumers are tired of paying new car prices for used cars. At the beginning of 2022, consumers were paying 98% of the original sticker price for 1-3-year-old cars; historically these vehicles sold for 71% of the original sticker price.”

Unfortunately, this stalemate does not translate to older used cars.

Price Premium for used cars 8-13 years old has reached an all-time high of $6,027. While newer used cars find themselves in a position that will lead to eventual decline, older cars do not. There is not an overabundance of 8-13-year-old cars on lots. Therefore, there is not an oversupply that needs to be handled. With newer car prices being so high, people are willing to pay the premiums for older vehicles.

Eventually, this market will decline, as we’ve slowly seen throughout the past year, but it’s not on a fast track.

Buying a Car Out of State

Here’s some strange used car news for your June.

When you find yourself in the market for a new vehicle, your preferences and standards may cause you to look around your locality. Are you willing to drive an hour to buy the perfect ride? Probably.

Ever thought about leaving the state? A new study by iSeeCars shows that buying your used vehicle from a different state may lead to colossal savings.

The report looked at the average used car prices in all 50 states. The findings were rather eye-popping (to say the least). For example, Alaskans pay over $7,000 more on average for a used vehicle than Indiana. Putting each state at the top and bottom of the price list, respectively.

Overall, if you are in the market for a used car, it may be beneficial to look in the states near you. While we won’t break down every facet of the study, give it a look here.

And that’s our used car news for June. Ultimately, things may be a bit more positive for car sellers, but not car buyers. We’ll keep you updated going forward.