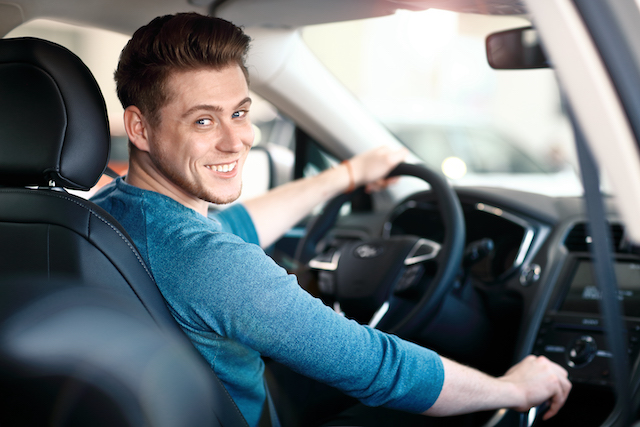 Welcome back to the monthly game of What in the World Is the Used Car Market Doing. It’s been a fun romp overall, despite an abundance of rises and stress-inducing price peaks. At least it’s been an interesting year. Remember when the market seemed like a sector of the economy you didn’t have to stress about? Me either. Cynicism aside, there was some good used car news in August.

Last month, we discussed the ever-dropping gas prices and the ever-growing new car prices. It was a month shrouded in static and decimal-based changes to prices. Luckily, August has proven to be much more drastic. There have been some significant changes in the pricing. Let’s get into it.

The days of pulling into an empty gas station (with tumbleweeds rolling) and seeing prices on the pump that equate to some state’s minimum wage are seemingly in the past. A distant nightmare of surging fuel prices. We can finally pick up our jaws and give our wallets a hug. Gas prices are breaking records, but not in the negative way they were last quarter.

On June 14th, gas prices reached a record high with a $5.02 a gallon average. The country seemed to be aflame, and many were polishing off their old bikes and skateboards. Bespoke Investment Group noted in their August report that gas prices have steadily dropped for over 70 days. This exceptional streak is the second longest gas decline since 2005.

It’s important to remember the relativity of the statistic. Though a steady and ongoing decline is positive, it doesn’t equate to record-low gas prices. The downward slope started at the highest peak of average prices. Declines are great, but there is still a plethora of dips necessary to reach a comfortable low. For example, the longest gas decline was in 2005. Prices averaged around $2 a gallon then.

These realizations are not meant to discredit the positivity around this decline, but to put things into perspective. Ultimately, we should all be elated.

It wouldn’t be a normal used car news article in August if there wasn’t some pessimism.

Consequently, the gas price decline may eventually hit a lull, possibly going back into the incline. Saudi Arabia’s energy minister told Bloomsburg News that the current market’s volatility could prove to be detrimental going forward. He stated, “This is detrimental because without sufficient liquidity, markets can’t reflect the realities of the physical fundamentals in a meaningful way and can give a false sense of security at times when spare capacity is severely limited and the risk of severe disruptions remains high.”

And with that, the used car news for August comes to a screeching halt in optimism. Unfortunately, the rest of the automobile-related market isn’t mirroring the price decreases found in the oil sector.

The average price for a used car dropped around $300 from May to June. Though the decrease was only incremental, it helped predict a beneficial future for used vehicle shoppers. Supply was increasing and demand was dropping. In most cases, overall prices should have found themselves on a downward slope.

This was not the case. According to Kelley Blue Book, the average price of a used vehicle actually rose from June to July, going from $28,012 to $28,219.

Once again, these are all pennies in the grand scheme of consumerism. Someone willing to spend over $28,000 on a used car is probably not fretting over the extra $200. But it’s the sign of increase that’s concerning. Even a small increment can eventually lead to a crucial uptick.

Ultimately, the increase in averages surrounds that of new cars. The average price of a new car hit a record-breaking high in July, capping at  $48,000 for the first time. Despite the increase in used car supplies, the prices will not decrease while new cars stand high. Dealerships are holding on strong, after all.

Continuing on with the ever-harrowing prices of used cars, iSeeCars released a study in August regarding the average price of a used car in each state. For us in the Centennial State, the news was far from elating.

What exactly does this mean? Well, sellers are making an extreme profit in the state. If you are looking to sell your used car, you are in luck.

Therefore, if you are in the market to buy a used car, start looking in the surrounding states. You may find a significantly better deal. If you are looking to sell your car, stick right at home. Give us a call and we can get you cash for your used vehicle.

For those intrigued: the state with the lowest average was Rhode Island with $31,294. The highest state average was Alaska with $42,617. Gulp.

Let’s round out the used car news in August with something neither positive nor negative.

iSeeCars posted their recent study analyzing the top-selling used car models over the past year. To no one’s surprise, the timeless and reliable Ford F-150 came out on top.

Ford’s F-Series has remained the top-selling vehicle in the country for 45 years. No, really. Both old and new F-Series find themselves at the top of selling lists every year. In 2021, Ford sold 726,004 new units of trucks during a record-breaking down year. Ultimately, the Ford truck has become synonymous with American car markets.

The F-150 was the top-selling used car over the last year, taking up 3.6% of total vehicles sold and sold the most in states like Alabama, Alaska, Arizona, Arkansas, Colorado, Delaware, Georgia, Idaho, Kansas and Louisiana.

The Chevrolet Silverado 1500 came in second at 2.6% of vehicles sold. The race between first and second was far from close. The Ford F-150 will never be topped as the most popular vehicle in America.