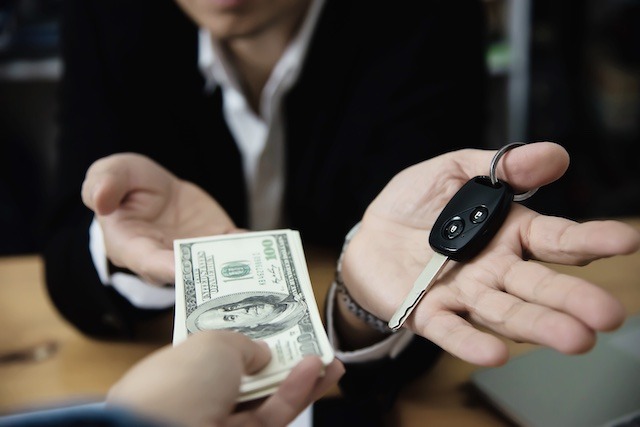 The car-selling market can be both fascinating and frustrating. When dealing with something so significantly expensive and ranging, it can be difficult to figure out what’s up and down. Furthermore, a car you purchased only a year ago may have plummeted in value. It may not be within your control. Why do cars depreciate so fast? What is the deal?

The short answer is just as frustrating; it depends. Does that clear it up for you? Of course not.

While the reasons for car depreciation can range among hundreds of possibilities, some are fairly common. Let’s break them down.

The concept of depreciation is easy to understand when looked at through broad glasses. The more something is used, the less it is valued by other people. Henceforth, as soon as you drive a car off of the lot, you are putting mileage on it. This usage can lead to wear and tear and eventually maintenance issues. It is just the way the world works. Nothing is as valuable as it is wrapped in plastic.

While the concept makes sense, the numbers may boggle some. Hold on to your hats. A brand new car may lose 5% to 20% of its value as soon as you drive it off the lot. No, really.

Let’s set an example. Say you spent $32,000 on a new car. The moment you sign the paperwork and start the ignition, that car’s value may have just dropped to around $27,000. If you turned around to sell it back to the dealership, you may be losing 20%.

Yes, the concept of a new car immediately being considered used on purchase is a big factor in decreasing value, but why else do cars depreciate so fast?

The most significant factor in cars depreciating so fast (or not) is the popularity of the vehicle itself. At the end of the day, everything regarding money is supply and demand. It doesn’t take a great sleuth to figure out that popular cars sell more (you can leave the hat and trenchcoat at home).

Remember that 5% to 20% depreciation number when driving off the lot? The pinpoint of that value all depends on how popular the car is. If the dealership finds that they will have a harder time selling it, or less competitive offers, you are looking to receive less.

For example, look at the Jeep Wrangler. Are they reliable? Not really. Do they get good gas mileage? Not at all. For some reason, though, the vehicle type has amassed a cult-like following. While wear and tear may be more significant on Jeeps, it doesn’t drop the value as much as it would on other vehicles. According to CarEdge.com, a brand-new Wrangler will only depreciate around $9,199 after one year.

For comparison, look at the BMX X5. While not necessarily a luxury vehicle, it is on the pricier side. With that being said, its popularity is significantly less than a Jeep Wrangler. The majority of the car-buying population isn’t salivating at the chance to find a used X5. CarEdge has an X5 depreciating around $20,252 after one year.

Henceforth, it’s not rocket science. If a car won’t sell as quickly, or won’t have competing buyers, then it’s likely to depreciate much faster. Popularity (or lack thereof) is a huge reason cars depreciate so fast.

You may not believe something as insignificant as paint color can have substantial effects on a car’s value. Well, it does.

Neutral colors like beige and gray are more sellable. Think of it this way; it’s going to take a more niche market to find someone to purchase a neon orange car than it is a common color. Neutral colors will continue to have a market in the future, while trendier colors may drop out of common aesthetic.

Once again, it all comes down to how sellable a vehicle is. A car’s value doesn’t depreciate because dealerships don’t like it. No. It depreciates because it becomes harder to sell.

Furthermore, this causes appearance to be an important factor, too. If you have a neon orange car with plenty of scrapes and bruises, it’s going to be a lot harder to sell than a beige car with perfect paint. It’s as easy as that. How quickly can a dealership sell it? How much can they profit off of it?

Similar to popularity, a car’s reputation can cause it to depreciate fast. Some cars are known for their issues. Some get a bad wrap via word of mouth. Unfortunately, it’s impossible to dictate and screen these rumors. Once a vehicle is known for its issues, its value can fall tremendously.

For example, look at the Audi A6. The car is notorious in the industry for having significant issues with the gearbox and electrics. Furthermore, it’s a German-made car, meaning parts can be expensive in the US. With a high cost to fix and an even higher chance of failure, the vehicle is depreciating poorly.

Once car enthusiasts catch word of a model having substantial issues, it’s all downhill. This overall idea of unreliability spreads throughout the market like wildfire, causing even the most nonchalant car buyers to avoid certain vehicles. Once this stigma is set, depreciation sets in. Regardless of whether your Audi A6 has had issues or not, people don’t want to buy a car with a higher chance of failure.

Gas Mileage is Growing in Importance

Look at your local gas station. Does the average gas price make your jaw hit the floor? Probably.

We are living in a strange time. Inflation is spiking and prices are continuing to get out of hand. We’re not here to play into politics; we’re just stating the facts. Gas prices are high.

Therefore, cars with lower gas mileage will depreciate at a higher rate than those without. With the possibility of gas prices continuing to soar, people will stray away from buying gas guzzlers. Furthermore, this inflation will cause electric and fuel-efficient vehicles to retain their value.

Consequently, in an ever-changing economic climate, don’t expect gas-guzzling vehicles to have depreciation reductions soon. Unless, for some reason, we end up living like Mad Max. But that’s really far off. Right? Right?!

There is a sigh-inducing, albeit truth about luxury vehicles. For the most part, people that can afford to buy new luxury vehicles are not worried about the price. They are worried about the style or included features. When they turn to sell these vehicles, the market is nowhere near their expectations. This difference in finances causes a strange limbo for the models. They’re too pricey for normal people to buy but not new enough for people without spending limits.

Overall, luxury vehicles depreciate the quickest. Their main features become outdated quickly, and their depreciation cannot match the average market. For example, CarEdge has the Bentley Bentayga depreciating by $49,165 after just one year.

Those are scary numbers for those on a budget.

Why do cars depreciate so fast? Well, there are a plethora of different reasons. There is a common throughline between the reasons, though. Overall, a car depreciates when it’s harder to sell. Whether this is through color, popularity, or gas mileage doesn’t matter. What matters is how much the dealership can get for it and how quickly they can sell it.

If depreciation matters to you as a car buyer, try to stray toward popular and reliable vehicles.