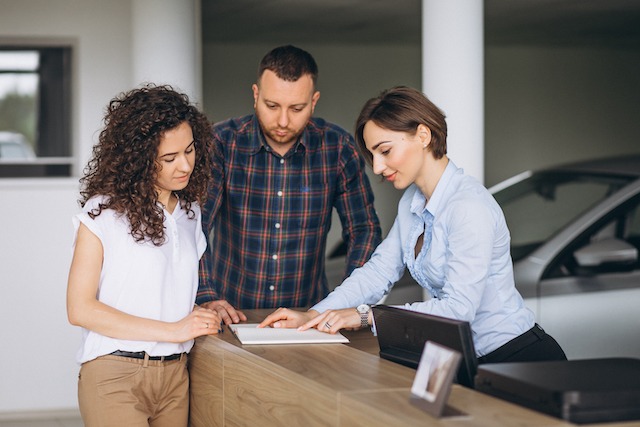 Another month has passed, and the used car market remains in an anomalous state. As stated in last month’s used car news, the world has been in a strange state. Not only have the last few years wrecked our daily activities and approach to life, but they have affected the used car market as well. Drastically so. Supply chains have dictated the mass increase in all markets, especially transportation.

Luckily, last month saw a gradual-but-positive decrease in used car prices. Are prices still in decline? Should we stop worrying about the cost of used cars? What about those pesky gas prices?

Let’s break it all down.

“The dealership doesn’t need to be some Taj Mahal on the highway somewhere,” Mike Anderson, the president of the Rikess Group, an automotive consultancy, told Wired.

If you believe the pandemic was tough on the used car market, imagine its strain on dealerships. A supply chain shortage of necessary chips wreaked havoc on both car manufacturers and sellers. Furthermore, lack of sales cause millions of lots to remain empty throughout the COVID era. With other car-buying methods taking the center stage, like private sales and Carvana, car dealerships are finding themselves in an inconceivable pickle.

The days of dealerships taking up sprawling lots and waving colossal American flags seem to be at their end. For example, Honda has decided to significantly reduce their dealership space. They announced on May 18th that they would be changing their dealership design. Showrooms will be converted into offices, and lots will contain more electric vehicle chargers.

Online Is the Future

Ultimately, car manufacturers are moving towards more online sales. This new strategy is forefronted by Tesla’s sales design. Jim Farley, Ford’s CEO, told investors last summer. “We have learned that, yes, operating with fewer vehicles on lots is not only possible, but it’s better for customers, dealers, and Ford. But we’re also driving a significant increase in the number of customers configuring and ordering their vehicles online, so we have better visibility to real demand.”

Consequently, this reduction of dealerships will allow for cheaper car-buying experiences. Simply put, a higher grasp on real customer demand will reduce the surplus of unwanted vehicles on a lot. This reduction in manufacturing will allow for lower dealership prices. Currently, dealerships are forced to sell at higher prices due to supply shortages and a strangled market.

The overall concept includes not having to attend a dealership at all. A car dealer can bring you a model to test drive. Then you can order the car online. It may take a while for this concept to fully engulf the market, but it seems like a realistic future.

Unfortunately, this means there will be fewer wacky inflatable tube men in the future. Now, that is a tragedy.

Gas Prices Are Set to Soar (No, Really)

Your last trip for a fillup may have been met with jaw drops and fist-shaking. Gas prices are becoming astronomical in the U.S. We do not have to point this out. You and your wallet already know. While not necessarily used car news, it’s important to note.

Is there an end in sight, or should you polish up that old bicycle collecting dust in your garage?

Unfortunately, it seems like there is no hope on the horizon.

AAA reported on May 18th that the national average for gas prices hit $4.56 a gallon, a new record. But the tipping point always causes a downhill slope, right? Right? Not so fast. Apparently, we have not reached the peak of gas inflation quite yet.

A recent research note by JPMorgan theorized that average prices for a gallon of normal gas will raise over $6 by August. This surge would be over 37% within the next three months. Furthermore, the average price in Los Angeles and San Francisco is already $6. So, what’s in store for them?

The predicted rise is due to the average increase in driving during the summer months. With a lack of gasoline inventory, supply and demand will follow through.

We may be in for a hot summer, fall and winter.

Got any of that good used car news? We certainly don’t. Maybe in June! Boy howdy, are things weird.

A recent report by iSeeCars has noted that after analyzing 1.5 million used and new cars sold by April, the average cost of a car one to five years old was only 1% less than a new version. Furthermore, some more gas-guzzling vehicles like the Mercedes Benz G-Class are selling for over 20% more than their newer models.

Wondering how this makes sense? Yeah, us too. Let’s try to break it down.

When the supply chain shortages began, car manufacturers took a huge hit. Overall, the lack of chips was the biggest factor striking the car industry. Production of a lot of vehicles screeched to a halt. This lack of production along with raise in demand skyrocketed the price of used vehicles. Used vehicles then became extremely expensive (as we have noticed countless times). While the used car market rose, the new car market was put on pause. Ultimately, the price of used cars exceeded that of their normal new sticker prices. Now that the manufacturing of vehicles has increased, more new cars are hitting the market. But, their sticker price has not increased.

An increase in demand for used cars and normal prices for new cars equals a value that’s starting to meet in the middle. Yikes.

Furthermore, cars that consume more gas are no longer in demand (see gas prices above), meaning their production and sticker prices have slowed. When someone does want to purchase one of these vehicles, the used seller has the upper hand. Once again, supply and demand.

Basically, gas-guzzlers are becoming rare and niche, but that’s a whole other topic for another day.

Will these prices eventually even out? Yes. While these numbers may be alarming, the prices of used cars are declining. It may be a while before we see price points return to normal, but it will happen now that production is returning.

And that’s the used car news for May. Sorry, it couldn’t be more positive. Maybe next month!