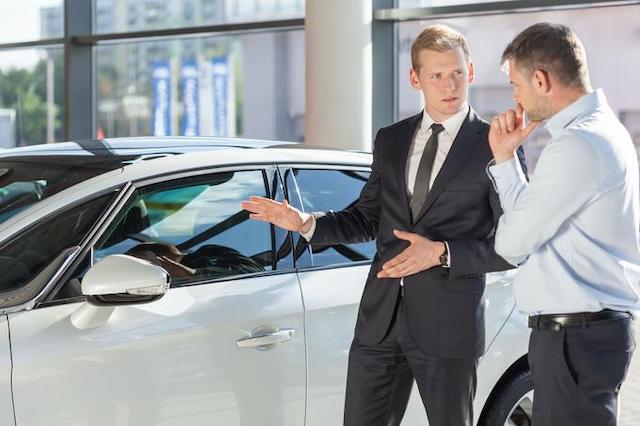 Buying a new car can be an experienced fluffed by wonder and excitement. What wonderful car features shall await you in your future endeavors? Not only does the new vehicle smell wonderful, but it’s a host of technologically advanced features as if the days of roll-up windows and screen-less radios were etched in cave paintings. You can easily get swept up in the novelty of it all.

As a car-buying website, we have seen our fair share of useless add-ons. To keep things both fair and practical, we believe it’s important to note which of these is a waste of both your time and money. Navigating the car market (both used and new) is already an experience marred by inflation and deception. Skip over the extravagance and skip over these useless car features.

This first one may be a bit personal. In fact, I’m not even sure if said feature is commonplace amongst modern vehicles. Regardless, I must express my piece. Consider it a vanity project of sorts. Consider it a rivalry surrounded by confused ears.

A speed-sensitive radio does exactly what it is named. If you slow down or come to a stop, the volume of your radio decreases. If you speed up, your music gets louder. As a music fan and avid jammer, this feature has often caused more frustration than convenience. More sighs than courtesy.

Unless you are passing a hospital or neighborhood at night, you jerk.

You may begin to notice a pattern the further we dive down this list. Automatic features are often useless in practice, and the automatic high beam is right there at the top.

The automatic high beam makes sense in theory. The vehicle makes sure that you can see when the going gets too dark. But it often becomes just as annoying as it is useless. Does the time of a quick lever pull really equate to an addition of cost? What about oncoming drivers? Will the high beams pick them up, or blind them with a sensor unfit for traffic?

It’s usually the latter, causing you to have to manually adjust the high beams anyway.

Useless anecdote: There is something to be said about soft-closing toilet seats. I remember the first time I noticed one. Even the hardest of slams couldn’t cause damage to the porcelain throne. What an interesting and thoughtful invention. Had the toilet manufacturer been getting noise complaints? Had one hulking human managed to break thousands of toilets with an unintentionally hard close?

Was some man fed up with being asked to leave the toilet seat down for his spouse?

Were the hard closings inevitable? Was it impossible to just shut the seat with less power? Are we just too strong?

Imagine cruising at break-neck speeds in your McLaren, downshifting through turns with your paddle shifters. Quickly shifting gears at the tap of a button (conveniently located behind your steering wheel) sounds like a dream to sports cars. You don’t have to move your hand off of the wheel to make a shift, allowing for maximum performance.

Now imagine doing it in your Honda Civic while flying 40 MPH on a highway.

If you are buying a normal performance vehicle, paddle shifters may not be worth the extra cash. Sure, they are cool to test out, but they probably won’t find much use in your daily drive. Let a novelty stay a novelty.

Being able to quickly access your social media accounts and see notifications is a strange concept from the jump. I’m sure there’s a Kardashian or vlogger making great use of it somewhere, but it seems completely useless in theory. In fact, is it even legal?

It makes sense that car companies wanted to latch on to our obsession with social media as a species, but the two shouldn’t go together. Formulating a clever tweet while traversing the highway seems like a bad idea.

Final pointless anecdote (I promise): I was elated to tell my family and friends about my first radio gig. I had finally done it. I had finally landed a job that would let me express my voice across a broadband network. Many would listen and give me their full attention, my favorite of all activities.

Everyone was elated. Then I told them it was an AM radio station. Many lowered their eyebrows or gave an enthusiastic ‘nice’.

I’m not sure kids even know what FM radio is anymore, let alone AM. Who is AM radio even for?

If you want to clear a guilty conscience and confess to a dastardly crime, do it over AM radio. Not a single soul will find out.

4. Backseat Television and Other Entertainment

When the backseat television was introduced in the 90s, everyone’s jaw collectively dropped. In all honesty, it was a revolutionary idea. To be able to experience a film while riding in a vehicle? Boredom during car trips would be a thing of the past.

As a child that spent a lot of time on the road, I can easily speak for the benefits of the television car features. But, like most technology, it hasn’t lasted the test of time.

In the current age, there is a multitude of ways for passengers to access entertainment. From phones to tablets, the need for an internal television is a thing of the past. The long, forgotten past. The early 2000s.

If there were to be a list of great car features in history, this would be near the top. As of 2022, it’s useless.

We have reached the top-three most useless car features that you shouldn’t spend extra money on! Or, as I refer to it, the Automatic Zone.

Not to be confused with AutoZone. They’re definitely not useless.

In the modern age, car companies are fascinated and stuck on the idea of automatic. Everything in a new vehicle must be able to be controlled by a switch or touchscreen. You can even pay to have your rearview mirrors controlled by the same dongle as your side view mirrors. Why? Because.

Ultimately, your rearview mirror is within a few feet of your hand. Furthermore, it does not need to be adjusted often. Once you lock it into place, you are unlikely to have to move it again. Making it motorized just seems like a waste of time and money.

I’m not entirely sure how many muscles it takes to put on a seatbelt, but I can’t imagine it’s a lot. It cannot be much more than it takes to drive a car regularly. So, why have a seatbelt that latches itself for you? How many seconds or calories did it really save you?

There is an argument to be made about motorized seat belts being useful for those with neck or spine injuries. I completely agree. If you have a challenge in mobility and can’t twist, then an automatic seatbelt can save you from a lot of pain. But if you don’t have physical ailments, the installation of a motorized seat belt is egregious.

Don’t spend money on something you can do within a second.

And our final and most useless of all car features: the automatic windshield wiper.

How does one even begin to describe the uselessness of a moisture-controlled windshield wiper system? Is it raining? Can you not see clearly? Then you need your wipers on. Something shouldn’t have to tell you that.

Now maybe I sound cynical, and that is often true. But let’s circle back to the paddle shifters. The paddle shifters are convenient for a sports car because they put shifting controls right at finger length. It’s the quick access that makes it useful. You barely have to move your hands to access it. Here’s the crazy thing: the windshield wiper control is in the same region.

You barely have to move your hand to control your windshield wipers. Furthermore, you don’t need someone (or something) to tell you when it’s raining. Don’t waste your money on this feature. There are a lot of automatic features that are just a ruse to impress you as a car buyer. Don’t fall for them.

2 thoughts on “Car Features – What Add-Ons Are Useless?”